At the heart of The Haven + London beats a wealth of experience.

Everyone working for The Haven + London does it because we love the creative community and what creatives bring to our world. Across our leadership, staff, volunteers and ambassadors there is a wealth of experience, expertise and empathy for the creative life and challenges therein.

I was born in Rio de Janeiro, Brazil and now live in London with my beautiful wife and two amazing daughters. After setting up the first Anglican Centre for Pioneering Learning and receiving the John Wesley Award for Innovation and Entrepreneurial Spirit, I became the founder and Chief Executive of The Haven + London. I’ve always been passionate about creativity and the arts, and this led me to becoming the first Missioner to the Creative Industries for the Church of England. My work has always been rooted in helping the thinkers, shapers and makers of the world find their path in life.

Nothing gives me greater joy than working closely with my fellow creatives; from fashion to film, oil paints to graffiti. Our charity was founded as a safe space and welcoming community for all creatives whatever their background or belief. As Chief Executive I believe strongly in leading by example and I personally deliver many of the one to one sessions that help our creatives to address the challenges in their lives. The need is great for this community and the work we do vital.

Rev Ric Stott is a Methodist Pioneer minister who has been working alongside artists in Sheffield for the last 9 years developing an artspace in the city centre that explores the interplay between community, creativity and spirituality.

Also a practising artist, completing his MFA in fine art in 2018 Ric’s work in painting and drawing takes influences from his experiences studying medical science, theology and art psychotherapy.

In July 2015 Ric organised an expedition with an international group of artists along with a documentary film crew to the Hebridean Island of Iona where they engaged in “Wild Curating”. This involved making and exhibiting art out in response to the wilderness. This began a wider project for Ric as he explores the impact of place on who we are.

His work also explores the relationship between queer/LGBT+ experience and the contemplative Christian tradition. For Ric, painting is an exercise in embodied spirituality.

Our dedicated Chaplaincy team are recruited for their empathy with and love for the creative sector. They are trained to provide a safe and peaceful space for creatives to talk through anything and everything that is on their minds. These highly accessible and confidential sessions are the foundation stones of our work. They are founded on the principle of no judgement and each creative directs their own narrative for discussion.

We believe that being listened to with love is a powerful force for catalysing stress into serenity and transforming harmful thoughts and behaviours into resilience and positive action. Our ‘Space to Talk’ sessions are delivered in the peace and beauty of St Pancras church in Euston which is open to all faiths and none. We can also meet in other places if a creative needs us to.

Caroline Brookes is an accredited member of the British Association for Counselling and Psychotherapy (BACP). Caroline works in primary and secondary schools supporting children and young people through a wide range of challenges including bereavement, abuse, and absent parents. Caroline also has a private practice where she works with adults and young people with whatever concerns they bring.

Caroline has particular experience in working for a variety of voluntary sector organisations with clients who would otherwise not have access to counselling. She has a special concern for working with those who feel marginalised.

I study the practice and organisation of creative enterprises, publishing and lecturing on how ideas are transformed into the music, plays, films, images, games and books that help make life meaningful and joyful. I have taught in universities in London and Moscow, Cologne and Shanghai and at each, I hugely enjoy spending time with students as they battle with the ideas and concepts that attempt to explain our shared experience.

I believe in the importance of ideas, but know well how fragile they are. Even powerful ideas once struggled to win attention. I think the idea behind The Haven + London is a beautiful one and I am delighted to be part of a team working to make it stronger and reach more people.

Director of Communications, PR and Partnership

Ben Thompson spent 20 years in major corporate brands, leading marketing, sales and strategy teams all over the world, first for Mars Incorporated where he joined on the graduate scheme and spent 11 years reaching Director level position, then at Walt Disney where in 5 years he rose to become Regional Marketing Director for EMEA, followed by 3 years in a global marketing VP position at Merlin. Ben was trained in strategy by Professor Don Sull of London Business School and Bain Consulting, and in marketing by Byron Sharpe of “How Brands Grow”.

For over 25 years I’ve been the non-executive director of the Habitat For Humanity Great Britain and 5 years ago I was honoured to become the Director of Finance for Blind Veterans UK. I’ve also served as a Special Advisor to the Prime Ministers Policy Unit and now, I’m proud to say that I’m the Chairman of The Haven + London. The Haven + London follows in the footsteps of Amnesty International, The Samaritans, Barnardo’s and the RSPCA who happened to be founded by Christians who wanted to make a practical, lasting difference in the world.

Our team comprises of all faiths and none. Whilst we are not a Christian charity per se we are governed by core Christian values of love and acceptance for all regardless of race, religion, sexuality or gender. Without the creative community our entire world would be a much poorer place. The reality is that an unacceptable amount of creatives are suffering mentally, socially and economically. But it isn’t always easy to meet their needs with limited resources. I’m looking forward to supporting our inspirational team in meeting that challenge. Together we are building relationships and partnerships towards changing the depressing headlines we read every day on creatives who reached crisis point.

I’ve always been a people person. So much so that I,ve dedicated my career as a filmmaker to telling human stories told from the heart. Over the years I’ve made several feature length documentaries for all the major British and International broadcasters, from the BAFTA nominated Tsunami, The Children for 9/11 and WW1: Finding The Lost Battalions to the three-hour rollocking inside story of Live Aid.

I currently call London my home, but being a Scot I love nothing more than escaping to the countryside whenever I can – mostly with my very opinionated daughter. Bless her. As we all know, creativity is the lifeblood of our Capital, but being a creative in the city brings with it all types of stresses, strains and pressures. We all need a little peace, an inner sanctum, a place we can get help with our troubles. And that’s why we need The Haven + London and why I’m so excited to be a part of it.

Dr Lindsay Ip is a clinical psychologist and a theatre lover who dappled into entrepreneurship and is very interested in the integration of arts into the world of health and well-being. Lindsay is a Principal Clinical Psychologist and currently a Darzi fellow at King’s Health Partners and Our Healthier South East London (OHSEL). She is working with primary care networks to develop more integrated community based care to improve population health. Lindsay specialised in behavioral medicine and led an innovative project that drives a bio-psycho-social model of collaborative care for the chronically ill across Guy’s and St Thomas’ Hospital and King’s College Hospital. She also has a private practice on Harley Street and sees patients for psychotherapy and medico-legal assessments.

Lindsay is Stanford trained, with over 10 years of experience providing individual, couples and family psychotherapy in a variety of medical and mental health settings. In addition to clinical work, she is also active in mainstreaming mental health in schools and work places – including working with civil servants and entrepreneurs. She is director of research and development at Adaptive Resilience, and provided resilient leadership workshops to senior leaders in government through the Major Projects Leadership Academy at Oxford’s Said Business School, and to the UK Army generals.

We are hugely honoured to have the support of a number of high profile ambassadors who have experienced first-hand why the work The Haven + London does is so important.

Known affectionately as Mo Pleasure, this renowned multi-instrumentalist, songwriter and producer, began playing acoustic piano at the age of four and by his early teens already mastered several instruments including bass, trumpet, guitar, drums and violin.

In 1993, Mo became a member of the legendary group Earth, Wind & Fire, and ascended to become the band’s musical director from 1994-2001. As a principal member of the group Devoted Spirits he was featured playing keyboards for Jimi Hendrix’s 60th Birthday Celebration and the 2004 Power of Soul: A Tribute to Jimi Hendrix tour. Mo was a keyboardist in Michael Jackson’s final touring band that was scheduled to perform in the late superstar’s historic 2009, comeback tour at London’s O2 Arena. 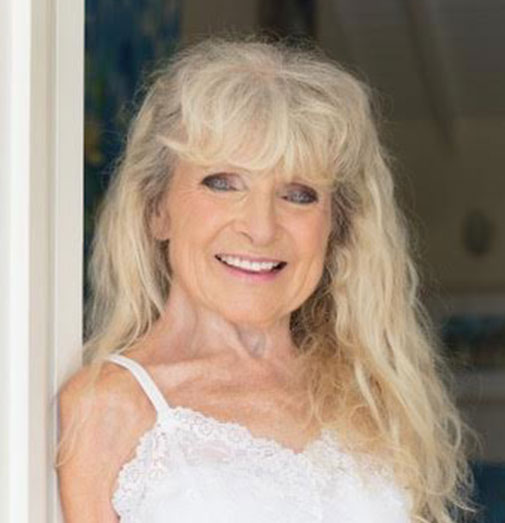 Janice Sylvia Brock is an internationally acclaimed artist whose work hangs in private collections in the Caribbean, Canada, Europe, South Africa, Australia, New Zealand, Japan and the USA, most notably in The White House. In 2010, Janice exhibited in London’s world-famous Saatchi Gallery, while a private showing of her work in the UK was attended by HRH The Prince of Wales. Her paintings have changed hands for as much as US$250,000.

Janice’s painting career started in hospital where she spent most of her adolescence, suffering from severe rheumatoid arthritis, a condition which has become her constant companion.

Celebrity photographer Dave Hogan or ‘Hogie’, as he’s affectionately known amongst his peers, is a stalwart of the glamorous red carpet, concerts and A-list party scene, in the UK and all over the world. Thirty years experience in the business has ensured him the utmost respect from media and celebrities alike and in turn exclusive AAA behind the scenes access to the most sought after photographic events. Hogie was the official photographer for the Rolling Stones at Glastonbury 2013 and Hyde Park 2013. He has also worked with Madonna, U2, Tom Cruise, David Bowie, Girls Aloud (he shot their final tour this year), Cheryl Cole, Take That, and MTV.